TechCrunch Early Stage is coming around the corner fast, April 1 & 2nd. And you still have a chance to pitch your startup on the famous TC stage to an amazing line up of judges. On April 2nd, TechCrunch will feature ten top startups across the globe at the Early Stage Pitch Off. Companies will garner the attention of press and investors worldwide. Founders – apply here by March 9th.

The pitch-off will consist of a 5 minute presentation followed by a Q&A with our expert panel of judges. The top three companies will move to a final round, this time with a more in-depth Q&A. The winner will get a feature article on TechCrunch.com, one-year free subscription to Extra Crunch and a free Founder Pass to TechCrunch Disrupt this fall.

We know you’re excited to know who you’ll be pitching to. So without further ado, here are a few of the judges for the Early Stage Pitch-Off:

Lucy is a Partner at Inspired Capital. Prior to Inspired Capital, Lucy was on the founding team at Paperless Post, where she spent a decade as COO. In her role, Lucy built and led finance, customer insights & operations, strategic planning, and marketing—driving the company’s growth to a network of 100M hosts and guests. Lucy also led the company to raise $50M in venture financing and grew a team of 100+ in downtown Manhattan.

Bucky Moore is a partner at Kleiner Perkins focusing on developer facing software and infrastructure investments. As an early investor, Bucky serves on the boards of some of the most innovative software companies including Netlify, Materialize, CodeSandbox, Opstrace and Stackbit.

Marlon Nichols is the founding managing partner at MaC Venture Capital (formerly Cross Culture Ventures), which finds entrepreneurs who are building the future for the rest of America. He’s a former Kauffman Fellow and Investment Director at Intel Capital, with an extensive background in technology, private equity, media and entertainment.

Neal Sáles-Griffin is the Managing Director of Techstars Chicago and a Venture Partner for MATH. Neal is an entrepreneur, investor, and teacher. In 2011, he co-founded the first beginner-focused, in person coding bootcamp. He is active in non-profit and civic engagement across Chicago and in 2018 he ran for mayor.

Sarah Smith is a partner at Bain Capital Ventures where she primarily invests in early- to mid-stage companies across a range of sectors including consumer, SaaS, and marketplaces. Sarah has been deeply involved in high-growth startups as an executive, investor, and student at institutions including Quora, Facebook, Graph Ventures, and Stanford.

Leah Solivan is General Partner at Fuel Capital, where she invests in early-stage companies across consumer technology, hardware, marketplaces, and retail. She’s passionate about supporting teams who are taking on world-changing ideas.

Early Stage Day 1 will be filled with must-see panels from the judges above and more:

And that’s not all. If you snag your ticket to TC Early Stage, you get free access to Extra Crunch!  An Extra Crunch membership includes: 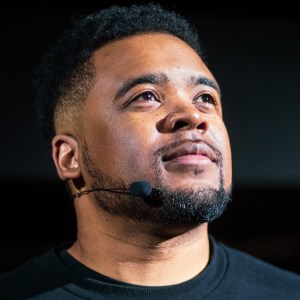 Should Dell have pursued a more aggressive debt-reduction move with VMware?

Economy admin - April 16, 2021
0
Spectacular first-quarter figures led by factories and retail spendingChina’s economy has expanded at its fastest pace on record in the first quarter, in a...

Technology admin - April 15, 2021
0
Mercedes-Benz lifted the final veil Thursday on its flagship EQS sedan after weeks of teasers, announcements and even a pre-production drive that TechCrunch participated...