“In the end, I’ve got antibodies and a dog named Fauci.”

That’s how Los Angeles-based lawyer Kari Milone says she’s choosing to look back on the eight months that she spent trying to adopt a rescue dog in 2020—a time period during which she not only lost her second dog in less than a year, but also survived COVID-19.

Named after Dr. Anthony Fauci because “he has a white coat and was abandoned during COVID,” Fauci the dog is one of approximately 3.2 million shelter animals that the American Society for the Prevention of Cruelty to Animals (ASPCA) estimates is adopted each year. But this year, that number is surely higher: as stay-at-home orders were issued across the U.S. in March in response to the coronavirus pandemic, the ASPCA reports that animal welfare organizations across the country saw a spike in adoptions during the second half of March, with an estimated national adoption rate of 58% at the beginning of the month, jumping to 85% by the end of the month.

“We’ve seen an incredibly compassionate response from people willing to open their homes to foster and adopt vulnerable shelter animals during this period of uncertainty and applaud them for stepping up so heroically for animals in need,” says ASPCA President and CEO Matt Bershadker. “This unprecedented compassionate response from communities across the country to support their local shelters reflects widespread appreciation of the invaluable role pets play in our lives.”

Despite fears that stay-at-home orders would result in shelters being inundated due with animals to an increase in abandoned pets, officials from rescue organizations like Chicago Animal Care and Control (CACC) and the Society for the Prevention of Cruelty to Animals Los Angeles (spcaLA) say the opposite has been true.

“When stay-at-home orders were set into motion, we were anxious about the possibility of seeing an increase in intake requests and a decrease in transfers and adoptions,” says CACC Public Information Officer Jennifer Schlueter. “We were so pleased to experience the exact opposite of what we first feared…The demand for foster and adoptive animals coupled with a decrease in intake led us to be down to around 30 animals for a while in the late spring and early summer.”

In Los Angeles, spcaLA President Madeline Bernstein says the shelter is adopting pets out as fast as they come in. “This is true across the country,” she says. “The animal shelters have been emptied of adoptable animals through either adoptions or fosters, because of what a good time it is, when families are home together during lockdown, to work with a new pet. And it’s also a hedge against loneliness.”

It’s a trend that doesn’t surprise longtime pet owners like Caitlin McCarthy, who understands firsthand how comforting animals can be, especially in times of stress or isolation. After her dog, a Westie named Oscar, passed away in September, McCarthy, a teacher for Worcester Public Schools in Massachusetts, says she wasn’t able to last long without a fur baby.

“This pandemic has been a very isolating situation,” she says. “I was grateful to have the time with Oscar because his health had started to fail when the schools shut down, so I was able to be with him. But after he passed away, I really noticed not having him in the house because he was a member of the family. I’m working from home. I’m not going out. I really missed having a dog.”

So when she saw that Northern New England Westie Rescue Inc. had shared some photos on Facebook of a few dogs who were up for adoption, she jumped at the opportunity. “I immediately sent them a message,” she says. “It wasn’t even something I thought about. I just did it. Because I knew. I saw the little faces and I knew one of them had to be mine.”

About a week later, McCarthy was meeting a volunteer driver in the parking lot of an Olive Garden to pick up Finbarr, a 10-year-old Westie who had been rescued from a Kansas “puppy mill.” As soon as she held him, she says she knew they had a connection.

“I had gravitated toward the photo of him that [the rescue] had posted on Facebook. There was just something very soulful about his eyes. So I I told them I’d be happy with any dog, but if I could meet him, I think he’s the dog for me,” she says. “I went to pick him up and they opened up the back of the car and there he was. I was so excited and he was shy, as you can imagine. But as soon as I picked him up, he licked me right on the cheek. It’s like he knew, like he was saying, ‘You’re gonna be my girl, aren’t you?’ And the answer was yes.”

Since arriving at his new home on Oct. 26, Finbarr (a name that McCarthy says she chose because her late mother loved it) has blossomed before McCarthy’s eyes. “He was used as a puppy mill breeder for 10 years. His whole life was in a cage. He didn’t know what a toy was. He had never had a name. He had never been outside to play. So I’m teaching him all those things,” she says. “And it’s very healing for me too. He’s like furry evidence of hope during a very troubling time. When you see a dog that’s survived the most horrific circumstances and he keeps getting better and better every day, how can you not feel hopeful about life in the future?”

The emotional support that pets can offer their owners is more crucial than ever in this moment, says Rachael Silverman, a psychologist specializing in couple and family psychology who often prescribes emotional support animals for patients. “With so much uncertainty and instability, animals provide people, especially children, with unconditional love, support, and comfort as well as serve as a distraction,” she says. “I had one 8-year-old patient who told me how she shared her adopted cat with her grandmother so her grandmother would have a piece of her with her and wouldn’t feel lonely because she couldn’t visit her.”

Staying at home amid the pandemic has also spurred many first-time pet owners to take the rescue plunge, and in doing so, discover how much emotional heavy lifting animals can be capable of doing. Since adopting their dog Nana, a 6-year-old boxer mix, from Badass Brooklyn Animal Rescue in April, Crystal Kayiza and Peter Quandt have come to learn that she has an uncanny knack for lifting spirits.

“She’s such a joy to have and is really attuned to how people are feeling. I think everyone says this about their dog, but she’s definitely acutely aware of when someone’s having a bad day,” Kayiza says. “She’s really low energy and just wants to cuddle up with people and hang out. I think what’s been needed a lot during this time is being able to take a break from staring at screens and just sit on the floor with my dog for a bit.”

Of course, it’s not just dogs providing these much-needed moments of levity. When Elise Healy and her partner realized that they wouldn’t be able to take a trip to France that they had planned for March to celebrate finishing grad school, they decided to adopt a new cat instead. They ended up rescuing Poe, a black domestic short hair from Seattle Area Feline Rescue, who, along with their other cat Keaton, has helped them cope with spending the year at home.

“[Poe’s] crazy. He likes to be chased around the house and to play and will randomly jump into our laps and hang out with us. He falls off of his cat tower, often. I don’t think I can adequately explain how wild and hilarious he is,” Healy says. “It breaks up the day to be sitting at your desk working and bored and then, you know, suddenly have a box moving around the house because he’s gotten into it and can’t get out.”

2021 looks to be a big year for shelter pets, too: In January, a shelter dog will take up residence in the White House for the first time ever when President-elect Joe Biden moves in with his dog Major, a German shepherd who the Bidens adopted in 2018 from the Delaware Humane Association (DHA). It will be a landmark day for supporters of “adopt, don’t shop,” a growing movement that encourages people to adopt pets from shelters and rescue groups instead of purchasing them from commercial breeders.

“Our staff and our volunteers are super excited about Major going to the White House mainly because it highlights the important work we do of finding great homes for dogs and cats. It’s like, if one of our DHA adoptees is good enough for the White House, it’s good enough for your home, right?” says DHA Executive Director Patrick Carroll. “And it’s not just DHA. It’s highlighting adoption for all the shelters in Delaware and throughout the country. I think having a shelter dog go to the White House is really going to help with that awareness.”

That Major and the Bidens’ other dog, Champ, are headed to the White House will also mark the return of the time-honored tradition of presidential pets. “Americans are majority pet owners,” says Andrew Hager, Historian-in-Residence of the Presidential Pet Museum. “We kind of expect that from our presidents and we’ve gotten that for the most part because the presidents come from the American people and that’s part of our culture.”

The Bidens are reportedly planning on bringing a cat along, too. Perhaps they, like so many other Americans, have been bitten by the pet adoption bug. Milone, for one, says that even though it’s only been a few weeks since Fauci came home home, his presence has already made one thing clear to her: despite the challenges she faced the first time around, she wants to rescue another dog—and soon. “The only thing that I’ve become absolutely certain about is that I will get another rescue,” she says. “I need a month to get good with [Fauci], so that he and I know each other really well. Then I’ll get a second one.” 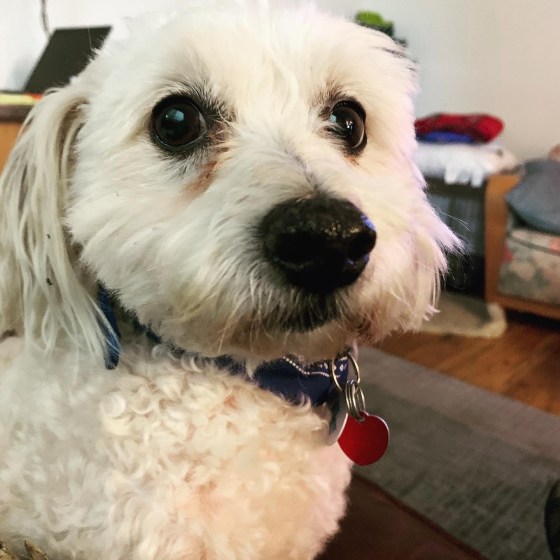 ‘I Can’t Put All My Eggs in One Basket.’ Here’s What Creators Think of Instagram’s TikTok-Style ‘Reels’

Personio raises $125M on a $1.7B valuation for an HR platform targeting SMEs

Technology admin - January 18, 2021
0
With the last year changing how (and where) many of us work, organizations have started to rethink how well they manage their employees, and...

Flipkart doubles down on rewards program, partners with 5,000 retail outlets in India

Technology admin - January 18, 2021
0
Flipkart on Monday launched SuperCoin Pay that its customers will be able to use across thousands of retail stores across the country as Walmart-owned...

Technology admin - January 18, 2021
0
The COVID-19 pandemic shined a harsh spotlight on the challenges many elderly people face. Older adults are among the highest-risk groups for developing cases...

Flipkart doubles down on rewards program, partners with 5,000 retail outlets...

Startups at CES showed how tech can help elderly people and...